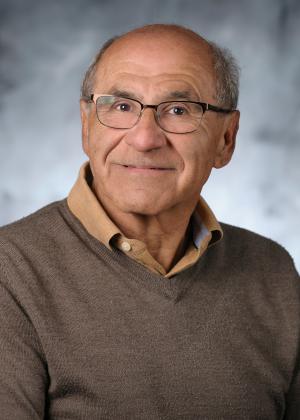 Department of Chemistry and Biochemistry, University of California Santa Barbara

Research: The research carried out in our group falls into two broad categories: (i) plasmonics and surface-enhanced Raman spectroscopy (SERS), and (ii) nanowire synthesis and nanowire-based sensing. In plasmonics they have two major goals: the first is to create plasmonic analogs of photovoltaics and photosynthetic systems. George C. Schatz is Charles E. and Emma H. Morrison Professor of Chemistry and of Chemical and Biological Engineering at Northwestern University. He received his undergraduate degree in chemistry at Clarkson University and a Ph. D at Caltech. He was a postdoc at MIT, and has been at Northwestern since 1976.

Schatz has published three books and over 800 papers. Schatz is a member of the National Academy of Sciences, the American Academy of Arts and Sciences, the International Academy of Quantum Molecular Sciences, and he has been Editor-in-Chief of the Journal of Physical Chemistry since 2005. Awards include Sloan and Dreyfus Fellowships, the Fresenius Award of Phi Lambda Upsilon, the Max Planck Research Award, the Bourke Medal of the Royal Society of Chemistry, the Ver Steeg Fellowship of Northwestern University, the Feynman Prize of the Foresight Institute, the Herschbach Medal, the Debye and Langmuir Awards of the ACS, the S F Boys-A Rahman Award of the Royal Society of Chemistry, the 2014 Hirschfelder Award of the University of Wisconsin, and the 2014 Mulliken Medal of the University of Chicago. He is a Fellow of the American Physical Society, the Royal Society of Chemistry, the American Chemical Society and of the AAAS.

Schatz is a theoretician who studies the optical, structural and thermal properties of nanomaterials, including plasmonic nanoparticles, DNA and peptide nanostructures, and carbon-based materials, with applications in chemical and biological sensing, electronic and biological materials, high performance fibers, and solar energy. His past work has also been concerned with understanding the dynamics of chemical reactions in the gas phase and in gas-surface collisions.

Research Fields:
Schatz’s research involves theory and computation as applies to problems in nanotechnology, properties of materials, macromolecular structures and dynamics, molecular self-assembly, optics, materials physics and biophysics. He are also interested in electronic structure methods, in quantum and classical theories of dynamical processes, and in using these methods to study the reactions of molecules at interfaces.

Biography: Professor Duncan Graham is based at the University of Strathclyde, Glasgow and is currently Head of Department for Pure and Applied Chemistry. He has a research group of around 35, and over 200 publications to date. Duncan Graham is also a co-founder of the Centre for Molecular Nanometrology and is a co-founder and director of Renishaw Diagnostics Ltd (formerly D3 Technologies). He serves as Chair of the Editorial Board for Analyst, is president of the Analytical Division of the Royal Society of Chemistry, is on the advisory editorial board for Chemical Scienceand Chemical Society Reviews, the editorial advisory board for the Journal of Raman Spectroscopy, the editorial board for Biomedical Spectroscopy and Imaging, the advisory board for  Analytical Methods, the advisory board for the new Cell Press journal, Chem and has served on various peer review panels.

The main focus is the creation of a range of functionalised metallic nanoparticles which can be used for a variety of different purposes which include the diagnosis of disease and also the treatment of disease.  This includes the chemical manipulation of the appropriate surface molecules and labels required to turn these metal nanoparticles into functioning nanosensors capable of detecting single molecules in complex environments using SERS. In addition, the mounting of therapeutic agents onto these nanoparticles has resulted in significantly increased performance of the drugs when tested against particular disease states.

Biography: Shuming Nie, PhD, was the Wallace H. Coulter Distinguished Chair Professor in Biomedical Engineering at Emory University and the Georgia Institute of Technology, with joint appointments in chemistry, materials science and engineering, and hematology and oncology. Dr. Nie is now a faculty member at University of Illinois at Urbana-Champaign. During 15 years at Emory and Georgia Tech, he helped grow the Wallace H. Coulter Department of Biomedical Engineering to national and international prominence, leading the country in biomedical engineering education and research. While at Emory/Georgia Tech, he was the principal investigator and Director of the Emory-Georgia Tech Nanotechnology Center for Personalized and Predictive Oncology, one of the eight national centers funded by the National Cancer Institute (NIH/NCI). Dr. Nie is a member of the Discovery and Developmental Therapeutics Research Program at Winship Cancer Institute of Emory University.

Education: Dr. Nie received his MS and PhD degrees from Northwestern University under the direction of Professor Richard P. Van Duyne, and did postdoctoral research at both Georgia Institute of Technology and Stanford University.

Publications: Dr. Nie has published over 100 scholarly papers, filed 20 patents/inventions, and has delivered more than 350 invited talks and keynote lectures. He serves on the scientific advisory/editorial boards of five biotech companies and six scientific journals.

Professor of Nanophotonics, Director of the Nanophotonics Centre, Department of Physics, University of Cambridge, UK

Jeremy Baumberg is a leader in nanoscience and nanotechnology, working for much of his career at the interface between academia and industry. He has led interdisciplinary nano-centers at the Universities of Cambridge and Southampton, and developed novel devices within Hitachi, IBM, his spin-offs Mesophotonics and Base. He is widely recognized as a leading innovator in Nano, with most recent awards being the Institute of Physics Young Medal (2013), Royal Society Fellowship (2011) and Royal Society Mullard Prize (2005). He is interested in constructing nano-materials with unusual interactions with light, especially ones that can be fabricated on a large scale which can lead to practical use. The group has developed a range of unusual nanophotonics including kilometer-scale polymer opals and explored what happens when the light is confined 1nm volumes or below, for probing single molecules and reactions. He has also explored how coherent and quantum properties can be manipulated by nano-structuring semiconductors, producing unusual condensates which can work at room temperature. School of Chemical and Physical Sciences, Victoria University of Wellington

Work includes the theoretical study of the underlying concepts of electromagnetism, numerical modelling of optical properties, and experimental investigations of potential applications in molecular detection. In particular they study optics-based sensors and surface-enhanced spectroscopies (Raman and fluorescence). Part of this work is carried out in collaboration with a group at Université Paris 7 in France.

His research interests focus on the theoretical and experimental aspects of electromagnetism at the nano-scale. He has a particular interest in nano-plasmonics; the study and applications of the optical properties of sub-wavelength sized metallic objects.